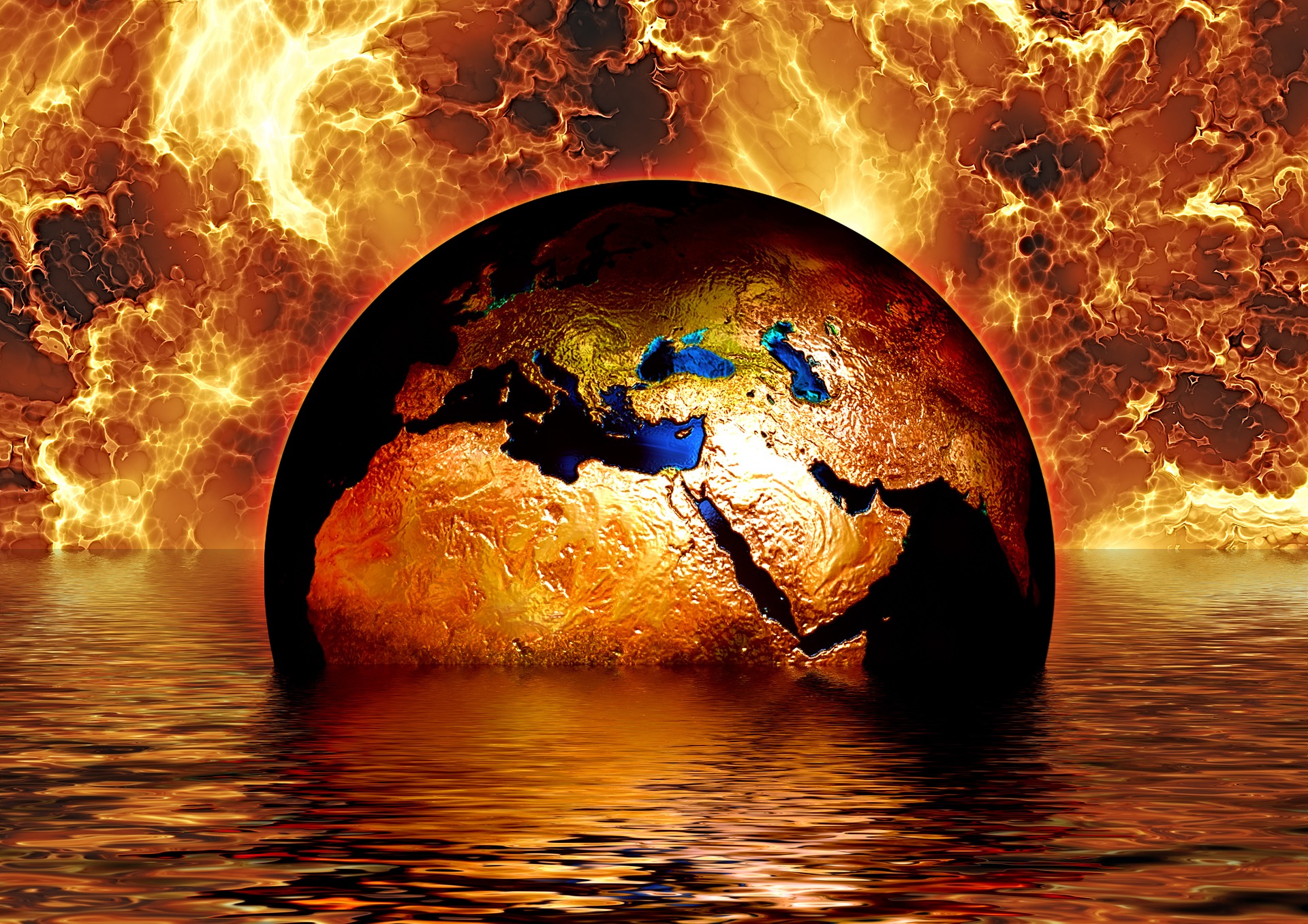 Hot around the collar voters pushing municipalities to take action throughout the United States against the rapid rise of 5G small towers are making their voices heard. And, the heat they are generating is creating a telecommunications industry alert – just not in the way you may first imagine. The issue is not with the heat from voters directed towards elected officials, State legislators, or even the Federal Communications Commission over cellphone towers that are springing up like mushrooms after a summer thunderstorm. Municipal leaders who are feeling the heat from their electorate are passing the hurt on to telecommunication providers in the form of advice to appease their publics.

Heeding the municipalities’ advice, especially for 5G providers, is having an out of the frying pan into the fire side effect. So bad, some experts warn the problem could derail America’s efforts to win the global 5G race to fully implement the next phase of world changing technology if the problem is not corrected.

So, what is the problem with telecoms responding to municipalities who are advising, “hide the clutter on the poles or put it underground”? It is the tech cover up in the most literal sense. What’s hanging on the towers – more specifically – what municipalities are demanding not be hanging on them is creating the issue.

The combination of heating from the sun plus heat generated from electronics inside the poles is an unintended consequence of trying to please city leaders demanding a clutter cover up as those leaders try to cool tempers from their citizens.

Field reports from a number of engineers say cramming radio converters and other tech needed for 5G inside cleverly disguised towers is causing the equipment inside the poles to overheat.

Heat from the equipment, in some cases, is exceeding 150 degrees Fahrenheit. That’s well above the threshold for the sensitive equipment that is in the 140° - 145° range. In some cases, the cost of replacing equipment damaged or destroyed by the heat exceeds $50,000 per piece of equipment. Certainly not a small figure when multiplied by 5G across the nation.

Adding Up the Heat

As the engineers describe the problem in more detail, the heat is generated at every point along the communication pathway:  the cellphone signal comes in from your phone into the antenna; the antenna is connected to the radio via copper coax cable; the radio decodes the electromagnetic RF signal and converts it to another type of fiber optic signal where it is sent from the remote radio head to the baseband unit where it is again decoded/converted (requiring the radio unit to stay close to the antenna – these are the boxes you normally see hanging on the poles – which the municipalities don’t want you to see) and the whole process generates a buildup of heat that can’t be dissipated from small cell towers due to overcrowded equipment inside and lack of circulating air to cool the whole system.

Feeling the heat from municipalities and in turn from hot towers, the 5G race may be on its way to being halted until field engineers solve the excessive overheating problem. Industry leaders who are aware of the hot topic are racing to find a solution but offer no definitive timetable on when that solution may be found. Those who are not aware of the issue may soon feel the heat as well to come up with their solution of their own.

After speaking to several field engineers (who wish to remain anonymous) representing a number of telecom providers, the simple truth seems to be that the 5G rollout and expansion in the USA may not be dead in its tracks, but it has, as of right now, been overcome by a technology challenge and municipality driven heatstroke.

While unable to get a field engineer to comment on the hot news for the telecom industry due to fears the bearers of bad news could be the focus of a lot more than just negative press, a leader in taking the underground route to hide clutter and garner approval from municipalities trying to control the 5G rapid spread, Kevin Aycock, founder of InfraSite, a Florida company specializing in patented underground box solutions, confirms the field engineers concerns and says he understands why the alarms are tripping on the 5G overheating problem. And, he confirms the municipalities are directly at fault for creating the problem.

“Putting 1 or 2 radios inside a smaller pole for 4g has not really been a problem in the past according to the field engineers we consult with on our projects. It’s only been in the last year or so that as more cities and municipalities reacted to citizens’ concerns that the same approach to 4G of hiding the essentials for two or more networks in a single pole have exposed the overheating problem in the 5G systems. The municipal leaders just don’t get it. When there isn’t enough airflow in the tower because the cell provider has been forced to hide the equipment and cram the pole, the equipment generates heat, the heat builds up and the 5G system either burns up or shuts down. Either way, it is a serious problem that has to be solved before the technology can be fully deployed nationwide. If the problem can’t be immediately solved by the carriers, municipalities need to back down on their demands or face the reality of the situation they have created – hot towers can’t bring a hot technology to your city,” said Aycock.

While the “hot poles” is a pervasive national problem in field operations throughout the United States, it is apparently not halting 5G rollout and expansion in other parts of the world. That could be bad news in the international race to become the first nation to rollout 5G.

“Russia, Brazil, China and many other countries aren’t experiencing the overheating and equipment burnout problem simply because they don’t have governing agencies, local or otherwise, requiring them to declutter and hide their equipment. They can hang equipment on poles as they wish, and no one cares if people complain. Now, that will change if and when other countries adopt regulations regarding the appearance of cell towers or poles. Right now, though, they are free to move 5G forward without putting extra heat in the poles like the major problem municipalities have created here in the United States, ” added Aycock.

If the industry is put on alert by overheating cell towers, an even more 5 Alarm Urgent Issue is what happens when 5G overheats and shuts down leaving consumers holding a 4G or less handheld device that may cost thousands of dollars but doesn’t deliver the performance promised.

“There are already numerous published reports of 5G service being very picky. You can read about the problem in a number of national technical publications as well as consumer publications like the Wall Street Journal,” says an unidentified field engineer. “Technology reporters taking the tech for a test-drive have, in some cases, reported strong service outside a building but as soon as they take two steps inside the same building service drops to 4G or less.”

That’s not good in what some see as not just a race for 5G world dominance but an arms race of sorts here in the United States with the consumer being the force applier in determining a significant role in which 5G provider owns the most market share.

“The current nature of 5G is that it requires a lot of poles housing radios, encoders, decoders, transmission equipment all  geared to band-with that has a limited range which requires the pole proliferation. If you have a jungle of poles and a number of the ‘trees’ in that forest burn up due to excessive heat buildup – then 5G can’t be maintained.”

With the consumer cell market saturated, whoever can solve the heat crisis and keep the municipalities happy and approving operations will capture more of the consumer market and win the so-called cellular arms race.

“Our company has been consulting with many municipalities attempting to develop alternatives that could be a solution to the ‘either or’ approach the cell companies and cities are now in. The bottom line is the municipalities have inadvertently created this problem. Now, it might be a good idea for the cities to come to the table with alternative solutions of their own if we are going to be successful in bringing 5G to fruition. Our company, InfraSite, is well positioned to help the municipalities and the carriers reach common ground on a number of solutions to keep 5G moving forward. We understand the concerns and issues both sides of this problem are presenting and believe we can serve as an intermediary,” concluded Aycock.

Now that the fire alarm has been pulled, the race is on to solve the hot tower problem. Solving that issue will go a long way towards deciding who captures the most 5G market and can claim consumer cell dominance.  While capturing a larger share of market likely will still be a race to the finish-line for 5G dominance in the USA, one thing is certain, right now, the race is definitely heating up in more ways than one.